In connection with a grant awarded to The Conservation Fund on behalf of the Greater Baltimore Wilderness Coalition through the National Fish and Wildlife Foundation, an APA Community Planning Assistance Team (CPAT) assisted the Brooklyn neighborhood in southern Baltimore with an action plan to increase green infrastructure and community resilience.

Brooklyn is an obvious and critical community connection point, particularly the focus area of the CPAT — the area surrounding the intersection of South Hanover Street and East Patapsco Avenue, including the underutilized Garrett Park. The area is an important entry point coming from the Hanover Street Bridge, a major thoroughfare connecting the burgeoning development in South Baltimore and downtown. Future development with increased public access to the Middle Branch presents an opportunity to Brooklyn and a renewed connection to the waterfront for residents.

The CPAT study area and surrounding neighborhoods, in general, are disconnected from the water. Large industrial operations contribute to the predominant pattern of gray infrastructure that impacts the health of the Bay and overall watershed. Restoring water quality and habitat of the Middle Branch of the Patapsco River is a major goal of the city's comprehensive master plan. Employing green infrastructure practices will play an important role in meeting that goal.

The CPAT worked closely with the Chesapeake Center for Youth Development, a well-respected organization with more than 40 years of history in the community, along with many other stakeholders to develop an action plan for the area.

Baltimore is highly vulnerable to many natural hazards, ranging from coastal storms and flooding
to extreme heat and high winds. There is strong consensus that these types of extreme events
will increase, both in frequency and intensity, over the coming years. Furthermore, Baltimore's
climate is changing. In the past century, the City has observed shifting trends in weather patterns
and climate conditions.

June 2016
On June 9, 2016, Brooks and Rouse visited again to present the CPAT project during a scheduled meeting led by Strong City Baltimore. The results of a community market analysis were presented along with a new branding package for the communities of the Greater Baybrook community, including Brooklyn.

July 2016
The full team visited July 11–13, 2016. They toured the area, met with a variety of stakeholders, and conducted an intensive planning process that ended with a presentation to stakeholders on the final day. 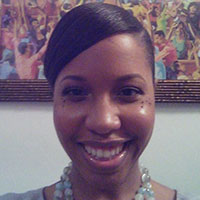 Brandy Brooks is a contract manager for the Massachusetts Department of Public Health's Program. She is also an adjunct professor for the Department of History and Social Sciences at Bunker Hill Community College. Brooks is a doctoral candidate in the Leadership in Schooling program at the University of Massachusetts, Lowell. She has published and/or presented workshops on suicide and self-inflicted injuries, domestic and sexual violence, bullying, social media, urban and environmental policy, community development, and political culture in the United States. 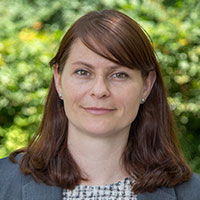 Catherine Mercier-Baggett has been involved in urban planning and design for over 10 years. She is currently in charge of long-range planning in the City of Sandy Springs, a suburb of Atlanta, under contract with The Collaborative. Previously she worked for consulting firms as a landscape and urban designer on small downtown master plans, university campuses, mixed-use infill, military housing, and tropical beach resorts. At the Universite de Montreal (Canada), she acquired a Master of Urban Planning degree and bachelor's degrees in Ecology and Environment and in Landscape Architecture. She is now pursuing a Doctorate in Public Administration, with a focus on environmental and sustainable policy. Her research interests include stormwater management strategies and urban biodiversity. 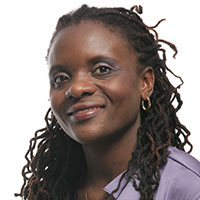 Garlen Capita is an urban designer with the Philadelphia-based office of Wallace, Roberts, and Todd (WRT). Capita leads community-driven neighborhood revitalization efforts that promote a balanced approach to planning and sustainable development. She has over 20 years of professional design and planning experience and holds a Bachelor of Science degree in Landscape Architecture from Cornell University and a Master's in Urban Design from the University of California Berkeley. She is a member of the Philadelphia Chapter of the National Organization of Minority Architects and is board chair of Germantown United Community Development Corporation. Capita has taught courses in urban design at the University of Pennsylvania Department of City and Regional Planning and an Urban Design Studio focused on the Public Realm and Placemaking. 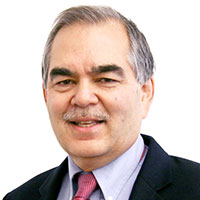 David Rouse is the managing director of Research and Advisory Services for the American Planning Association in Washington, DC. In this capacity he leads APA's applied research programs, including the Planning Advisory Service and the three National Centers for Planning: Green Communities, Hazards Planning, and Planning and Community Health. Rouse is a certified planner and registered landscape architect with over 30 years of experience in community planning and design. Prior to joining APA in 2013 Rouse was a principal of WRT, a nationally recognized planning, landscape architecture, architecture, and urban design firm. 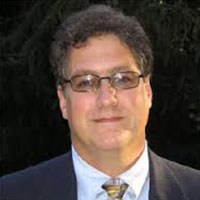 Neil Weinstein is the executive director of the Low Impact Development Center. He co-chairs American Society of Civil Engineers technical committees on Green Highways and LID practices. He has authored several publications and guides on sustainable development and stormwater management. Weinstein's research work has been in the areas of stormwater management, environmental remediation, and sustainable development and construction for national and international research agencies including: The National Academy of Sciences Research Board, The Department of Defense, the Water Environment Research Foundation, the Water Environment Federation, and the U.S. Environmental Protection Agency. He is currently working on the first urban stormwater Public Private Partnership for Prince George's County, Maryland.