History, diverse and engaged residents, and one of the oldest oak trees in the state help distinguish Old West Austin, the most dense and diverse neighborhood in the Lone Star State's capital city. Voluntary efforts of residents and developers alike have kept the neighborhood's character intact in the absence of local ordinances governing building size or style. The neighborhood's retail and commercial area is dominated by locally owned businesses, including 1950s–era Nau Enfield Drug, with its wooden booths, curved soda bar, and swivel stools.

The American Planning Association has selected Old West Austin as one of 10 Great Neighborhoods in America for its preservation of the neighborhood's character and diversity while supporting development and sustainability. 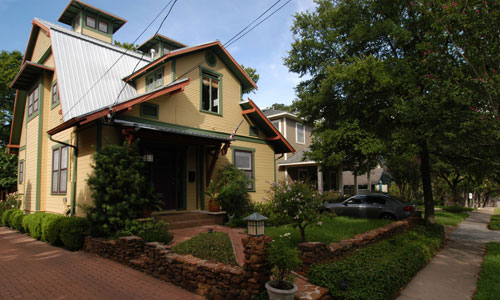 Located between west of downtown Austin and north of Lady Bird Lake, Old West Austin comprises a number of plats that were purchased and subdivided starting in 1841, two years after the City of Austin was incorporated. Included in the neighborhood are the Clarksville National Registered Historic District, a former African American freedman's community settled by Charles Clark in 1871, and the Enfield subdivision, which was part of a 320-acre land grant the Republic of Texas assigned to D.S. Parrish in 1841. The Old West Austin and Westline National Registered Historic Districts are also in the neighborhood.

Large shade trees and front porches lure people outside, inviting leisurely strolls and casual chats with neighbors. One of the city's oldest trees, the 600-year-old Treaty Oak, is found in Old West Austin.

A strong desire to preserve the neighborhood's roots — both physical and cultural — led residents to participate in planning and development of their community. Its proximity to downtown, a major source of new development, was the catalyst for residents to get involved. The Old West Austin Neighborhood Association grew out of a desire to retain the existing character of the area, which is composed mostly of single-family residences but also includes apartments, duplexes, and student housing. The University of Texas houses graduate students and their families here, contributing greatly to the diversity of the local population. Some 40 nationalities, for example, are represented at the neighborhood elementary school. 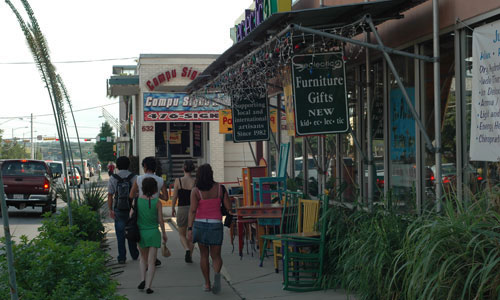 The Old West Austin Neighborhood Association has been instrumental in promoting mixed-use development and discouraging overbuilding on residential lots. In the early 1980s, the organization persuaded the mayor to declare a moratorium on new multifamily construction pending the outcome of a wastewater system capacity study. Following system upgrades, a few condominiums were built. The end result, however, was the preservation of the existing housing stock, particularly bungalows and historic homes.

The association also has been a major player in the planning of Old West Austin since it developed the neighborhood's first plan in the early 1980s. As a result, developers meet with neighborhood representatives in the early stages of a proposed project. This enables residents, through the association, to negotiate the inclusion of items such as affordable housing into mixed-use projects.

These and other features also show what is possible when diverse and engaged residents join together to protect and enhance what makes their neighborhood unique. 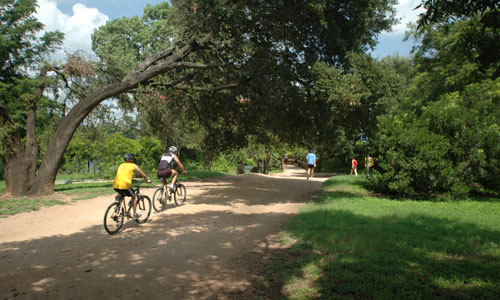