In his 1975 report to the Chestnut Hill Historical Society, well-respected preservationist Arthur P. Ziegler, Jr., of Pittsburgh wrote, "Without question, Chestnut Hill remains one of the most beautiful residential areas in the United States." It was not only important to save the neighborhood's architecture, he said, "but the landscaping. Rarely does one see such a fine collection of great trees and shrubs."The neighborhood's landscaping, known as "The Wissahickon Style," has been emulated throughout the country. Following the topography of the land to shape the neighborhood, this style of landscaping relies on the use of native plants, Wissahickon schist and fieldstone, and other materials of the Wissahickon Gorge, which formed the neighborhood's southwestern boundary and encompasses today's 1,400-acre Wissahickon Valley Park. 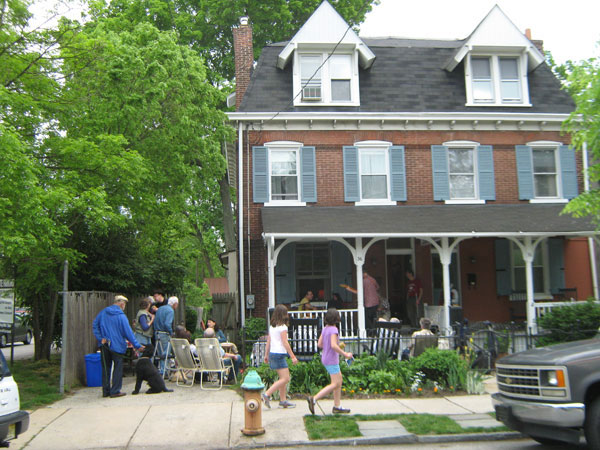 Historic architecture abounds in Chestnut Hill, which has nearly 2,000 buildings that contributed to the neighborhood being added to the National Register of Historic Places in 1985. Photo courtesy Philadelphia City Planning Commission.

Development of Chestnut Hill began around 1704 at the intersection of Germantown Avenue, which opened in 1687, and Bethlehem Pike, dating to 1703. Both were Native American trails long before they became part of the road network of Philadelphia County. The community remained part of Philadelphia County's German Township until incorporated into the City of Philadelphia under the 1854 Act of Consolidation.

The arrival of two local railroads connecting the community to Philadelphia's Center City, the first in 1854 and the second in 1884, led to a veritable housing boom. The houses were not only large summer residences and mansions built for wealthy Philadelphians, but also housing for the carpenters, stone masons, gardeners, and other tradespeople living and working here. More than 85 architects were hired to design homes in range of styles including Classical Revival, Georgian, Federal, Italianate, Second Empire, Shingle, Tudor, Cotswold, and Queen Anne.

The first steps to protect the neighborhood's scenic character and environmental resources began with the Fairmount Park Commission being given authority to protect the Wissahickon Valley's water quality and recreational attributes in 1868. Friends of Wissahickon was founded in 1924 to support the commission's efforts. 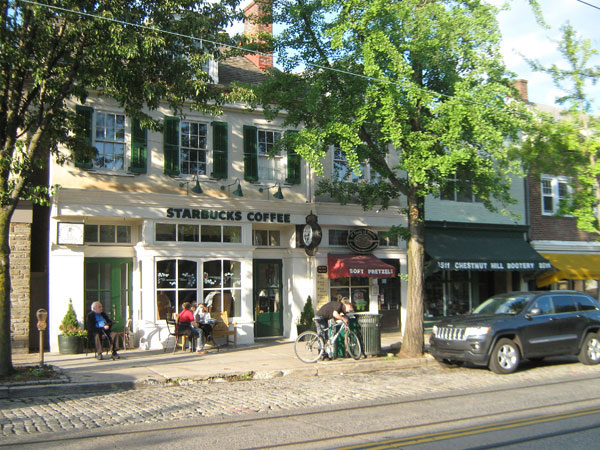 Gingko trees are planted in the neighborhood's commercial district along Germantown Avenue, which still has some of its original granite block paving. Photo courtesy Philadelphia City Planning Commission. 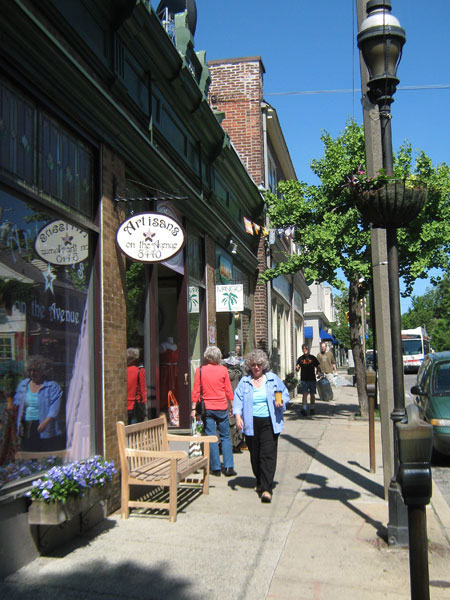