There's so much to Fairmont you might call it a mini–Salt Lake City, an east-side community with a commercial center so vibrant it's often referred to as the city's second downtown. Fairmont affords awe-inspiring views of the Wasatch Mountains and connects to city founder Brigham Young through a park that was part of Young's forest farm. Known at one time as the "Furniture Capital of the West" because of a concentration of furniture stores, the neighborhood now has hundreds of small businesses, a shopping center, and an expanding cultural arts scene with galleries, theaters, and public art, including the historic, 1930 obelisk on Monument Plaza. 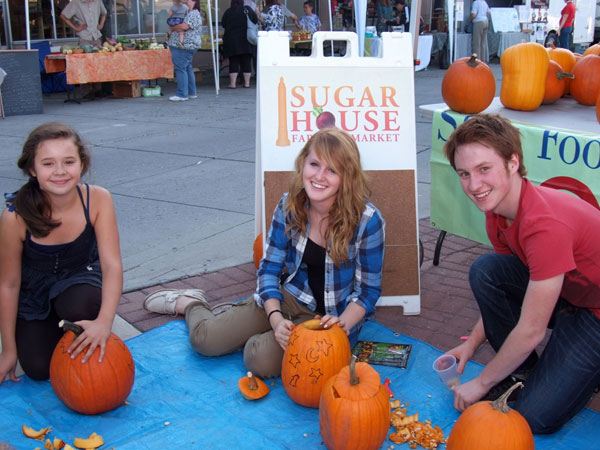 Students selling pumpkins during a Farmer's Market in Sugar House's Fairmont neighborhood, which has a decades-long tradition of citizens being engaged in local planning. Photo courtesy Laurie Bray.

Recent public and private investment in the neighborhood has topped $455 million including a street car line, set to open in late 2013, that will connect Fairmont and other Sugar House stops with the city's light rail system. "The Draw," a pedestrian passageway also to be completed in 2013, will connect Fairmont's commercial area with Sugar House Park and Hidden Hollow, another public space.

In addition, nearly two million square feet of additional retail office and residential development is planned and will complement 1,000 residential units underway. The changes represent a dramatic reversal of the decline and disinvestment Fairmont and Sugar House experienced between the end of World War II and 1985 when the Sugar House Community Master Plan, including Fairmont, was approved. 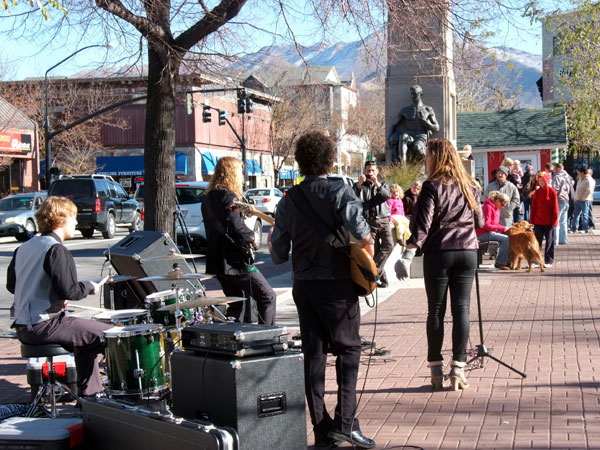 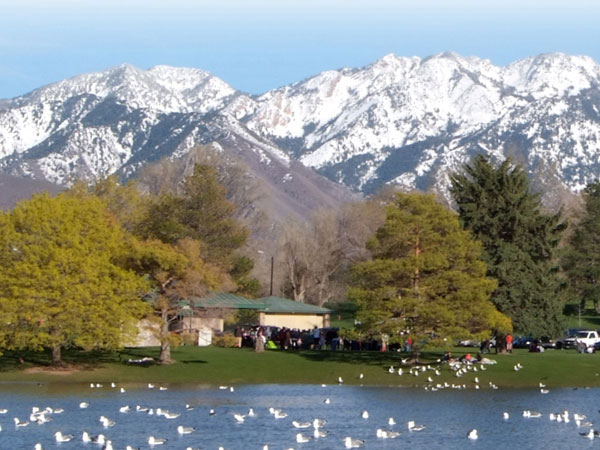 One amenity near Fairmont is Sugar House Park, which has commanding views of the Wasatch Mountains. Photo courtesy Laurie Bray.