Albany's Arbor Hill is a community of notable strengths and exciting opportunities, including rich historic districts and important community institutions. The neighborhood has experienced difficult times and a variety of changes over the past decades. Its hilltop location offers fantastic views of the surrounding city, the downtown, and treasured natural spaces.

Bounded to the north by I-90 and railroad corridors, to the south by Sheridan Hollow, to the east by Broadway, and to the west by Henry Johnson Boulevard. 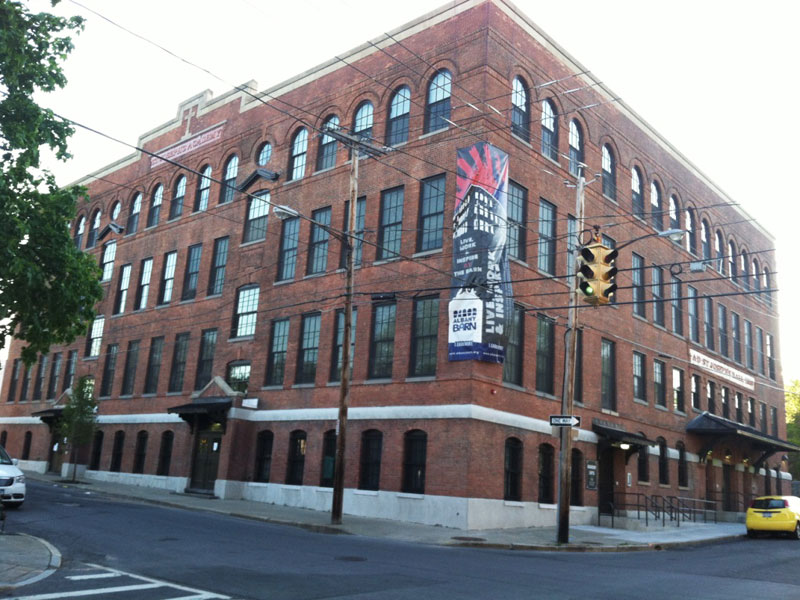 Arbor Hill has a wealth of small neighborhood parks, the city's only community center with a year-round pool, and a large recreational park with fields and courts. In 2010, the Albany Public Library opened its first Arbor Hill/West Hill branch. Throughout Arbor Hill, quaint homes line the streets with trees and tulips, creating a pedestrian-friendly atmosphere.

Before the Arbor Hill Neighborhood Plan in 2003, the housing stock and historic buildings were compromised by poverty and neglect, and the larger neighborhood infrastructure deteriorated over time. Since then, there has been an increasing interest and dedication to the revitalization of the neighborhood. Arbor Hill has received over $77.5 million in funding to revitalize the community. This has included 200 new or rehabbed housing units, 79,000 square feet of new retail and community service spaces, an established Neighborhood Association, and new and improved parks.

The neighborhood is primarily residential with street corridors book-ending the heart of the neighborhood. The Henry Johnson Boulevard commercial corridor is a gateway to the city and connects to Arbor Hill's main arterial streets. Development along Henry Johnson Boulevard includes mixed-use buildings, housing, and commercial development. The second corridor is Clinton Avenue, which historically caters to the Arbor Hill neighborhood as the local residential development that leads directly to Downtown Albany.

Arbor Hill is home to three historic districts — Clinton Avenue, Ten Broeck Triangle, and Lark Street — and numerous historic buildings are scattered throughout the neighborhood. The historic districts feature structures from a statue of World War I hero Henry Johnson to the Stephen and Harriet Myers House for the Underground Railroad, all within close proximity to the Erie Canal. The community takes pride in its history and cultural amenities. The majority of grand row-style buildings in the city are found in Arbor Hill. 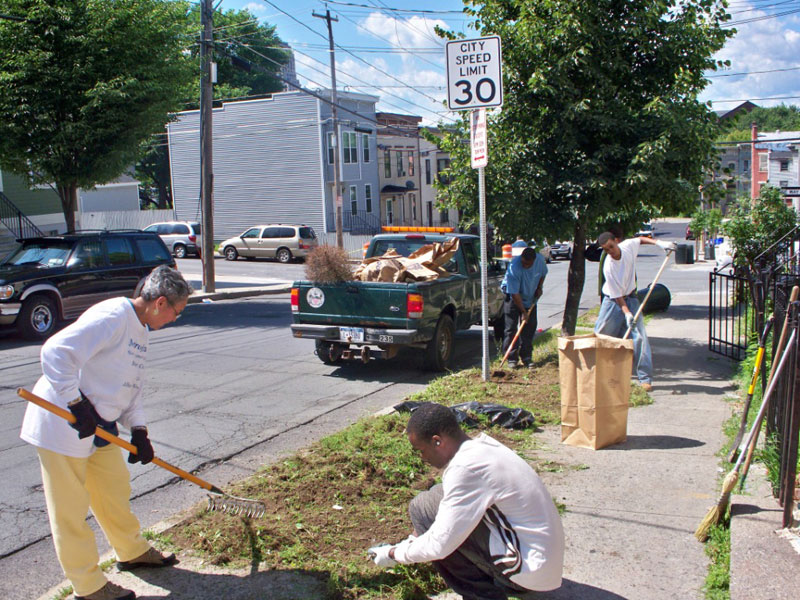 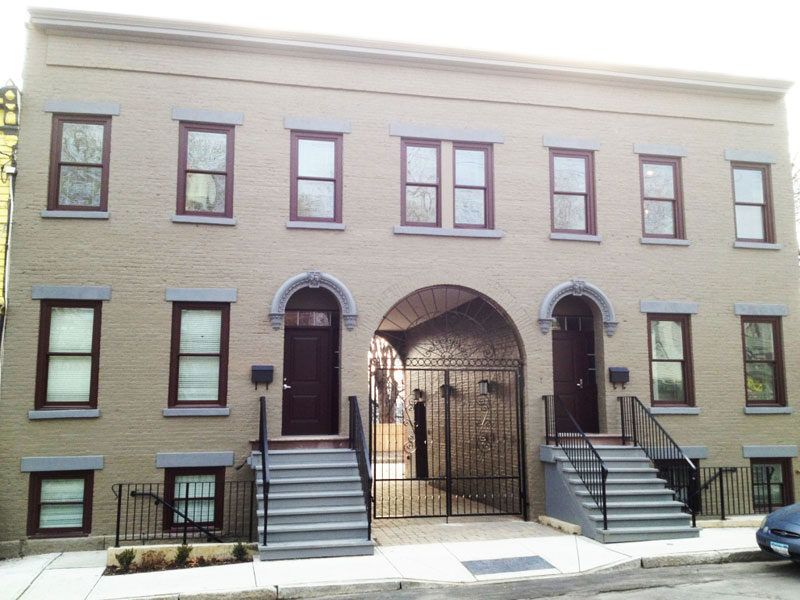