Central Market dates back to the founding of Lancaster, Pennsylvania, when Andrew Hamilton laid out the original town plan in 1730 and included a lot in the center for the town square and an adjacent lot to be used in perpetuity for a market. Nearly 280 years later, Lancaster Central Market has remained in continuous operation in the same location — making it the oldest such marketplace in the country. To help the market remain competitive as well as repair and maintain its building, the city completed a Central Market master plan in 2005. 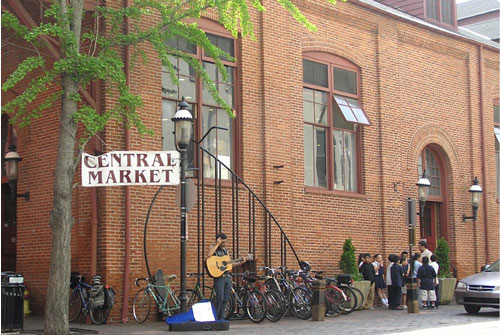 The current Romanesque Revival building features twin 72-foot-tall towers on the south corners. It was designed by Philadelphia architect James H. Warner and erected in 1889. Added to the National Register of Historic Places in 1972, the Victorian market house is resplendent in architectural detail including Spanish tiling finished off with terra cotta finials, voussoir arches, pilasters, corbelling, dormers and a hipped and gabled roof system supported with timber-framed beams and joinery. 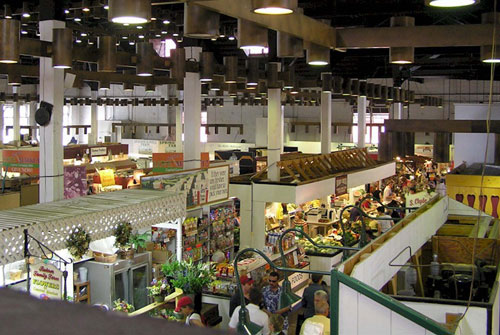 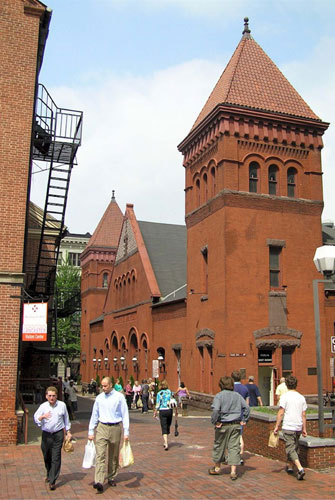 The 20,540-square-foot brick market was built in 1889. It sits at the historic center of Lancaster, adjacent to Penn Square and the old City Hall. Photo courtesy P. Craig Lenhard, Senior Planner.