The Green's one-acre expanse of grass and foliage has witnessed significant Dover events dating back more than 300 years. A clue to The Green's Colonial-era heritage comes from the buildings surrounding the rectangular-shaped park. The Green has witnessed the passions of revolutionaries, the birth of a nation, deep divisions along Union and Confederate lines, and a ghostly burial. Today it is part of Dover's downtown business improvement district and is surrounded by a mix of uses that keeps things going nearly round-the-clock.

Two parcels encircled by Green Street and bisected by South State Street, which are located just south of the central business district and west of the State Capitol complex. The Green is connected to the downtown street grid by Bank Lane to the west. 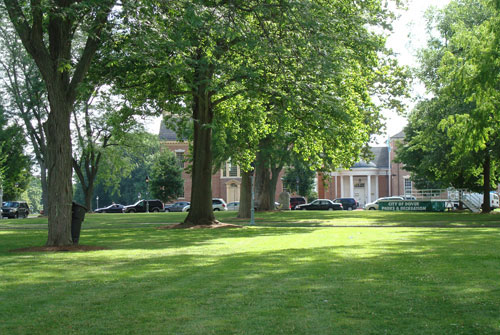 The Green's one-acre expanse of grass and foliage has been a place for civic engagement and community congregation since its inception in 1717. Photo courtesy of City of Dover Department of Planning and Inspections.

Given its status as one of — if not the most — beloved and oft-used public spaces in Dover, the city's 2008 comprehensive plan recognizes the need for different approaches to preservation and rehabilitation activities involving the park compared with other areas of the historic district. 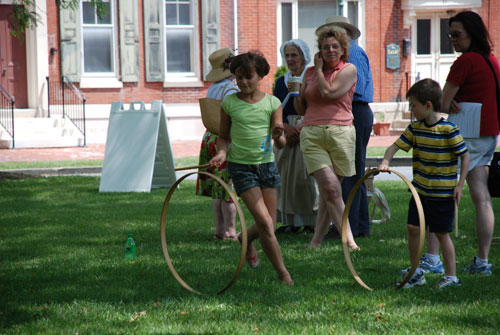 The Green hosts summer concerts and special events such as Art on the Green, First Night Dover and, shown here, Old Dover Days. Photo courtesy of City of Dover Department of Planning and Inspections. 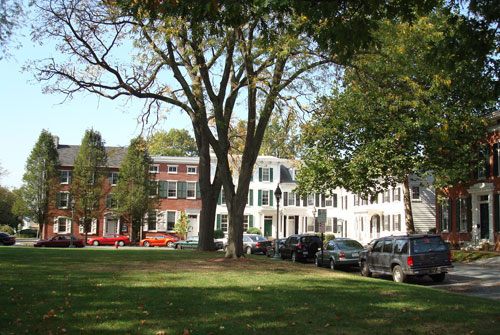 Surrounded by a variety of uses — judicial, residential, cultural, recreational, and professional — the Green is also surrounded by abundance of historically significant buildings, some of which are visible here in the background. Photo courtesy of City of Dover Department of Planning and Inspections.