Fountain Square, in the center of downtown Bowling Green, is considered by residents and community leaders to be the heart of their city and an iconic symbol of Bowling Green itself. 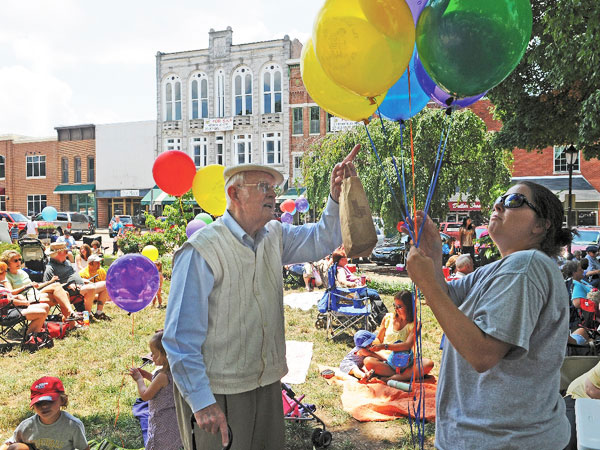 Fountain Square, in the center of downtown Bowling Green, is considered by residents and community leaders to be the heart of their city and an iconic symbol of Bowling Green itself.

The city's attachment to the square dates back to 19th century when the parcel was turned into a park after a courthouse that had occupied the site was torn down and rebuilt a block away. John Cox Underwood, Bowling Green's second mayor, drew up plans for the park in 1870. Two years later it was completed and named Fountain Park.

Contributing to the square's charm is its namesake ornamental black-iron fountain, framed by a pair of matching limestone arches at the park's entrances along Park Row and Main Avenue. Pathways lead to the fountain from these as well as two other entrances located on College and State streets. The luscious greenery remains largely unchanged from the design of R.L. Sturtevant, who was commissioned by the Bowling Green Garden Club in 1934 to develop a landscaping plan for the square.

Helping spur public interest in protecting Fountain Square and surrounding buildings from the late 19th and early 20th centuries was the addition of the Bowling Green Downtown Commercial District to the National Register of Historic Places in 1979. With help of city officials, local merchants, and residents, over the past three decades the central downtown area has been turned into a vibrant business district with unique shops, restaurants, offices, and upper-floor housing tied together by the square.

Concerts, art shows, and other special events draw thousands to the square each year, but it also serves as a hub of everyday activity where residents and visitors can step back in time and enjoy the calm, comfortable atmosphere. 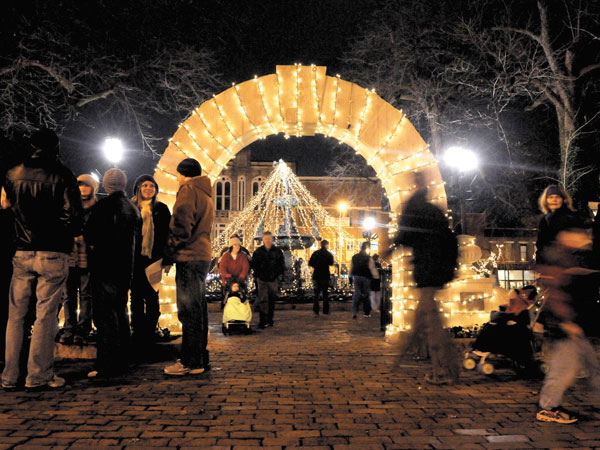 Day or night, Fountain Square is the hub of social activity in Bowling Green's historic downtown district. The square's namesake ornamental fountain is decorated with lights at night. Photo courtesy of Joe Imel.

Cultural and Physical Center of the City

Public Commitment to an Iconic Space 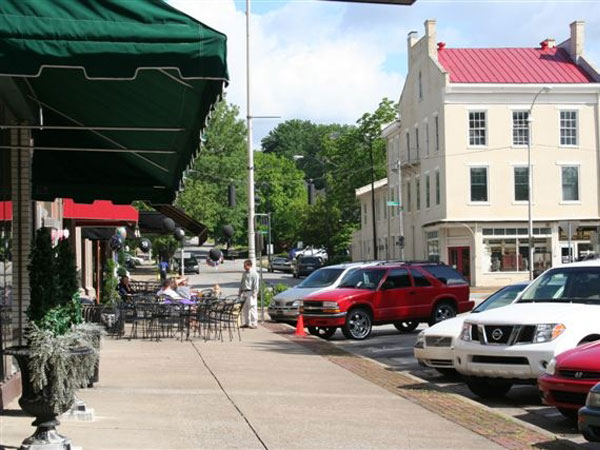