Called "Houston's Central Park" by Mayor Annise Parker, Buffalo Bayou has shaped the city's development since the Allen Brothers laid Houston's street grid along the bayou's course in 1836. From influences by renowned architect George Kessler to works by premier local artists and sculptors, Buffalo Bayou provides the finest landscaping and design features Houston has to offer. 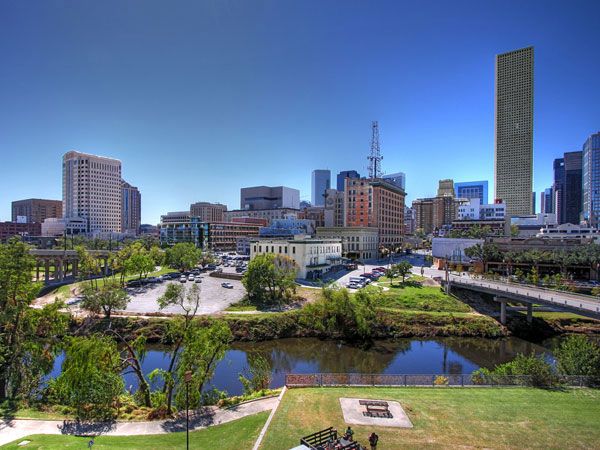 Buffalo Bayou has shaped the city's development since 1836 when the Allen brothers laid Houston's street grid along the bayou's course. Flickr photo by Telwink (CC BY-NC-ND 2.0).

Despite a century of road building surrounding Buffalo Bayou, increasing numbers of bikers, hikers, and dog walkers today take advantage of the 20 miles of trails that weave through central Houston's section of the waterway. This includes the reconstruction of the Sandy Reed Memorial Trail by the City of Houston and TXDOT.

Special events like the Buffalo Bayou Regatta, now in its 40th year, and the annual Kid's Day bring thousands more people to the bayou every year. The annual Freedom Over Texas Fourth of July event brings more than 100,000 attendees to Buffalo Bayou Park.

A $30 million gift from the Kinder Foundation, the largest private donation for park development in Houston's history, catalyzed the launch of a $55 million renovation of the Bayou's Downtown Sector in mid-2012. The Buffalo Bayou Park: Shepherd to Sabine Project is expected to be complete in late 2015. 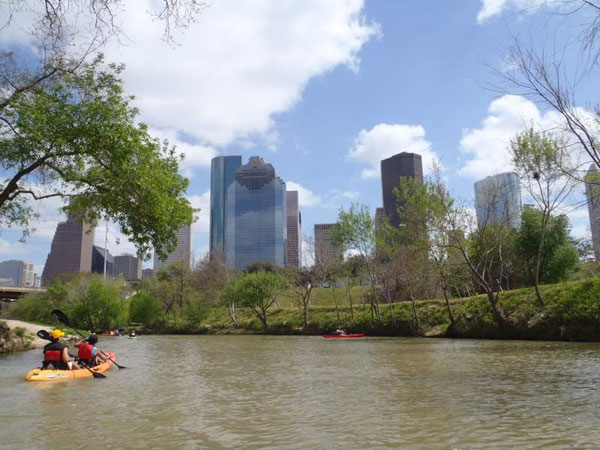 The transformation that led the bayou to be known as 'Houston's Central Park' started in 1910 when the mayor envisioned a circle of parks around Houston. Volunteers have helped restore three of the bayou's tributaries, and funding for the Buffalo Bayou Partnership reflects Houstonians' commitment to the bayou. Flickr photo by JP in TX (CC BY-NC 2.0). 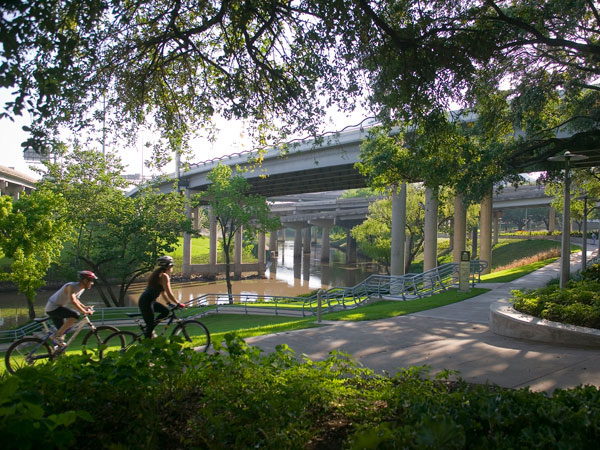