As one of the downtown's most iconic structures, Chicago Union Station represents both the city's outstanding architectural tradition and its historic role as a national rail hub. Completed in 1925 following construction delays caused by World War I, the station underwent a series of major renovations after Amtrak took full ownership in 1984. There were sustainable retrofits and a 1992 change to the underground space to better accommodate growing passenger volumes and consolidate amenities in a redesigned food court.

First envisioned by renowned architect Daniel Burnham, the station provides a grand stage where Chicago's history and energy come together for millions to enjoy. Beaux-Arts facades, soaring columns, marble floors, brass lamps, and the striking Great Hall create a setting, featured in films such as The Untouchables, that invites commuters and tourists alike to stop and take it all in. 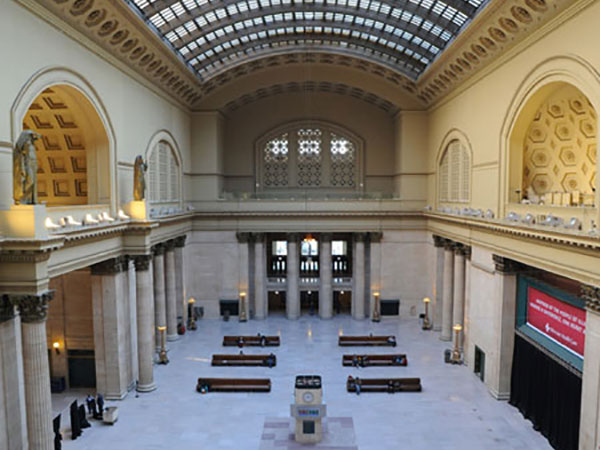 The striking Great Hall and its 219-foot barrel-vaulted skylight. The Daniel Burnham–designed station opened in 1925. Photo by Jeff Brown, courtesy All Events Photography.

Following a public meeting in December 2011 with more than 200 people in attendance, the May 2012 Master Plan Study balances the improvements in bus connections demanded by suburban commuters with the broader goal of accommodating an expected 40 percent increase in ridership by 2040. Currently handling 32 million passengers a year, Union Station is not just a historic and beautiful space, but also an aesthetically pleasing interchange for 120,000 daily passengers and passersby. 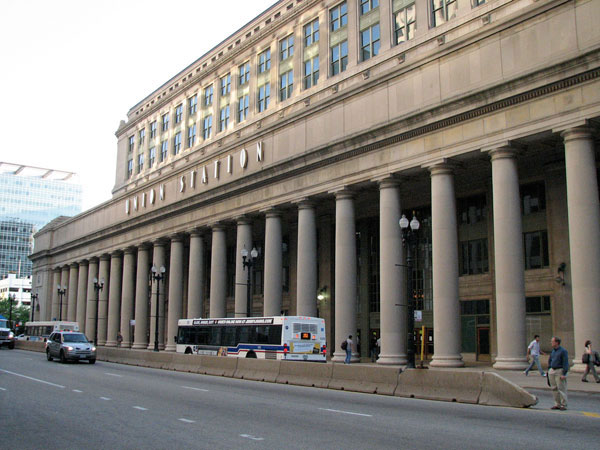 Among the issues covered in the station's 2012 Master Plan study are improving bus connections between downtown Chicago and suburban communities. Chicago Union Station is one of the busiest terminals in the country, handling 120,000 passengers and visitors daily. Flickr photo by joseph a (CC BY-NC-SA 2.0). 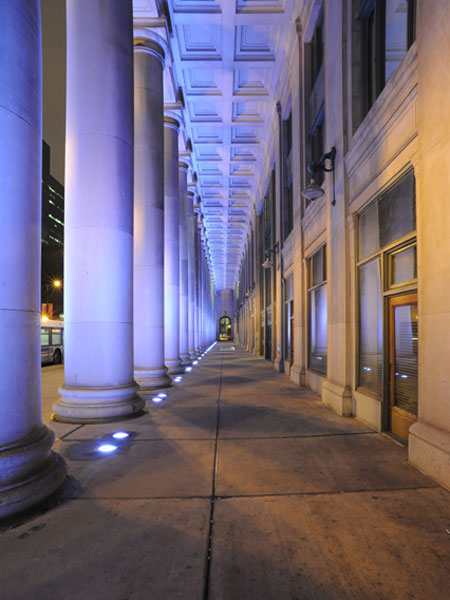 The Beaux-Arts building features elegant facades made from Bedford limestone. Since 2010 there have been more than $65 million in station improvements. Photo by Jeff Brown, courtesy All Events Photography.