World-renowned as an enclosed public market, Reading Terminal Market is conveniently located in downtown Philadelphia. The market is situated in a complex of buildings formally known as the Reading Terminal Train Station, occupying the basement and ground floor of the building underneath the old train shed. The market is organized in grid system spanning 78,000 square feet (1.7 acres) and is home to 76 independent small merchants. All of the merchants are locally based, selling fresh foods, groceries, prepared meals, and merchandise. The market is easily accessible to residents and tourists via public transit facilities, including nearby rail stations, seven subway and trolley lines, bus stops, a Greyhound bus terminal, and over 50 bike racks on the perimeter sidewalks. 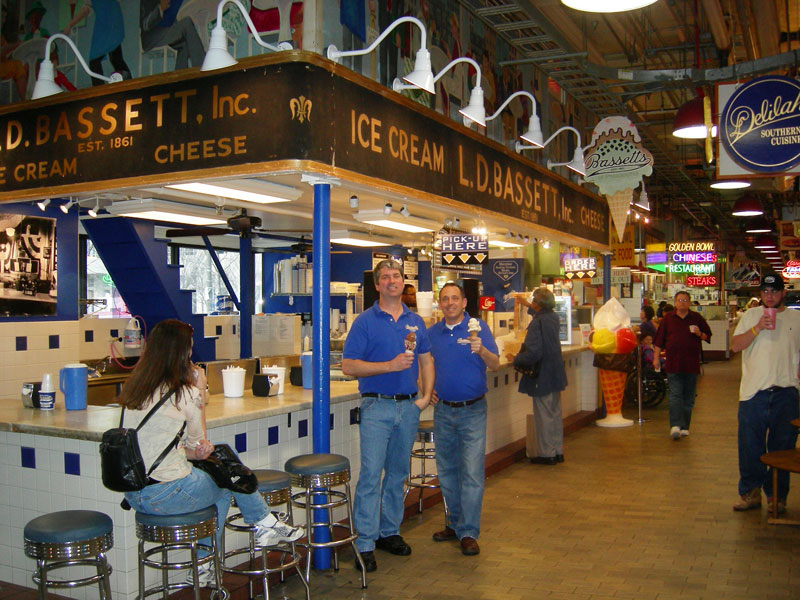 In 1890, the Reading Railroad decided to build a train depot, passenger station, and company headquarters on the corner of 12th and Market Streets. The location was occupied by a 30-year-old open-air market, and the railroad bought the land for $1 million. Construction began in 1891, and the Reading Terminal Market opened on February 23, 1892, in a portion of the new Reading Railroad Train Station. The station opened on January 29, 1893, and at the time the train shed was one of the largest single-span arched-roof structures in the world.

The market thrived as one of Philadelphia's leading sources of foodstuffs and provisions until after World War II, when urban decline, depopulation, suburbanization, and the decline of the railroad industry began to take their toll. By the late 1970s, only 23 vendors remained in the market, and the physical structure had significantly deteriorated.

In 1976, however, Reading Terminal and its train shed were designated a National Historic Landmark.  In 1981, the Reading Company began to invest time and resources into the market, recruiting a dozen Amish vendors who experienced instant popularity amidst a slowly reviving downtown. In 1990, the Reading Company sold the market to the newly formed Pennsylvania Convention Center Authority. The new ownership implemented a top-to-bottom historic rehabilitation of the market and built a convention center adjacent to Reading Terminal. 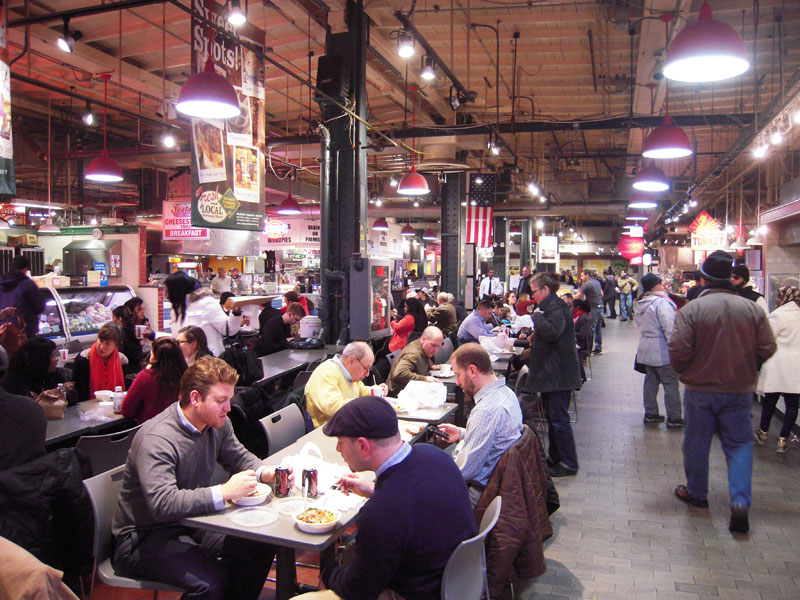 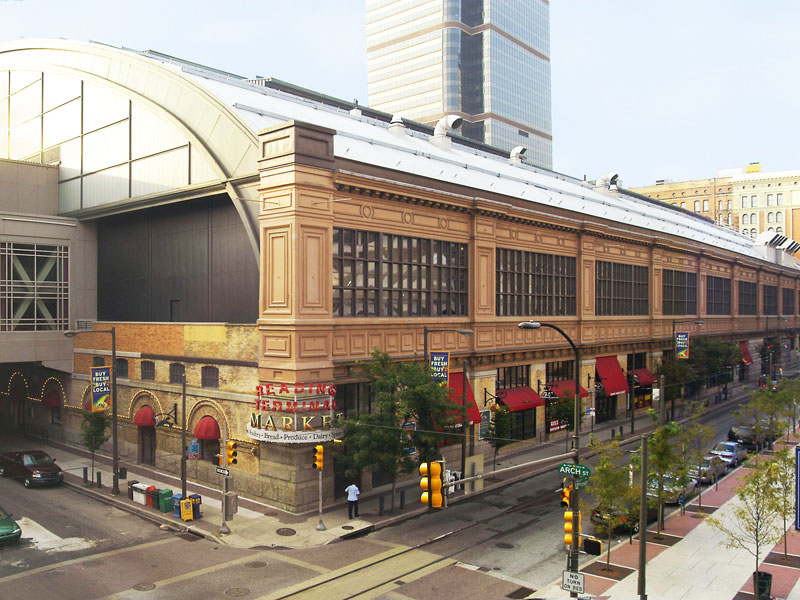