Nine blocks between Broadway Street to the north and Harbor Drive to the south. 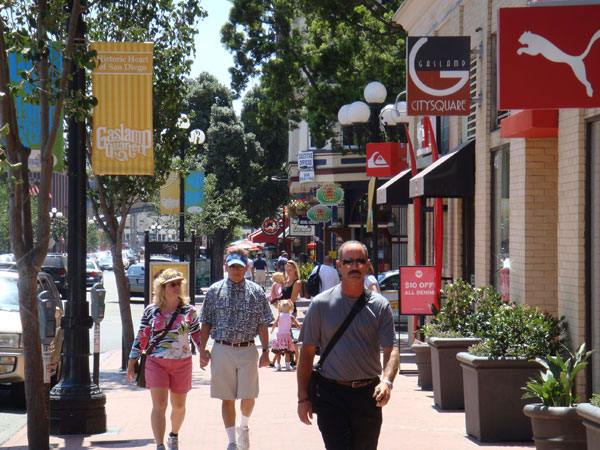 Instead of a cacophony of traffic horns, screeching tires, and accelerating vehicles typically heard downtown, here voices of conversing pedestrians, the music of Latin jazz and live blues, and sidewalk tables being set for restaurant guests fill the air. Eminently walkable, Fifth Avenue is bustling with foot traffic day and night, from the waterfront to the central business district.

Defining the street's facades are rows of historic buildings fronting the sidewalks on both sides of the street, encouraging window shopping and impromptu exchanges with friends and neighbors. To ensure the integrity of Fifth Avenue's historic character, during the 1970s the city adopted guidelines for adaptive reuse of historic buildings within the Gaslamp Quarter; these guidelines established limitations on building heights for infill development and adopted design guidelines.

Since 1975, Gaslamp Quarter and downtown have attracted more than $7.5 billion in public and private investments, including expansion of the San Diego Convention Center and construction of the San Diego Padres baseball club's PETCO Park, both of which are near Fifth Avenue. These investments have pumped new life into Fifth Avenue at the same time the street remains true to its 18th and 19th century origins. 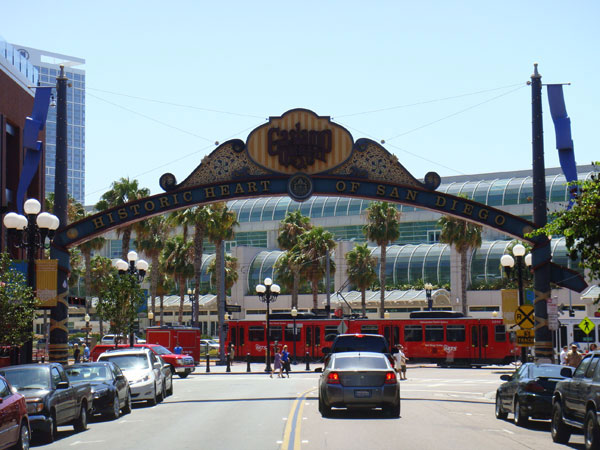 The iconic Gaslamp Quarter sign welcomes visitors to the 'Historic Heart of San Diego.' Seen in the background, the San Diego Convention Center forms the southern terminus of 5th Avenue and can be accessed by light rail. Photo courtesy of Marlon I. Pagnilinon. 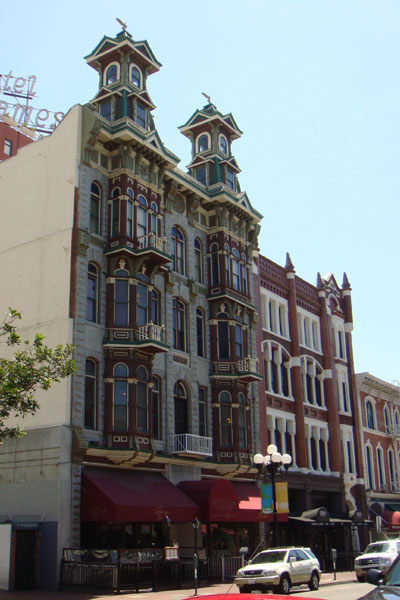