The sense of pride and ownership community leaders and residents have for Liberty Street can be traced back to 1852 when a group of  volunteer citizens collected and planted oak, maple, and chestnut trees in Fountain Park, one of two downtown parks on the street. 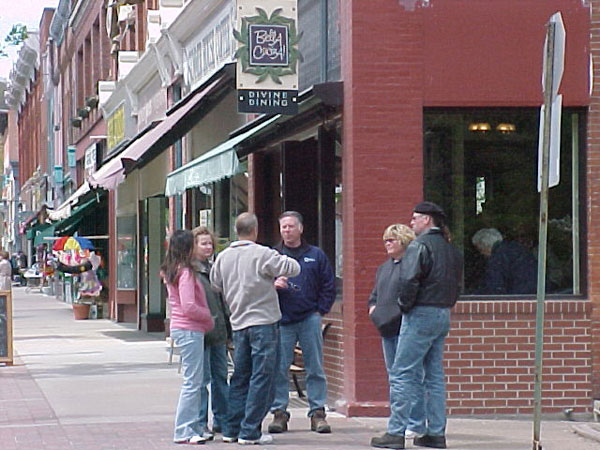 Liberty Street functions as a pedestrian corridor while also accommodating traffic from three highways. Traffic-calming measures and pedestrian-only alleys make the street accessible and easily navigable to those traveling by foot. Photo courtesy of the City of Franklin.

More recently, that community spirit has led residents to join together to buy old store buildings for renovation into theaters and museums. In 1980, the city established the Facade Improvement Grant Program that helped restore more than 60 building fronts along the street to help businesses remain attractive and competitive with stores at a shopping mall located nearby.

It was the region's mid-19th century oil boom that brought prosperous times to the area and led to the demise of the street's original wooden structures, which were torn down and replaced with impressive brick buildings, including the county's crown jewel — the commanding, twin-spired Italianate Venango County Courthouse.

Although Liberty Street handles through traffic from three major highways — U.S. Routes 8, 62, and 322 — it also accommodates non-motorized use. Pedestrian-only alleys decorated with hand-painted murals are located mid-block on both sides of Liberty between 13th Street and West Park Street. The walkways enable residents and visitors to easily access Liberty and off-street parking lots while avoiding busy intersections. 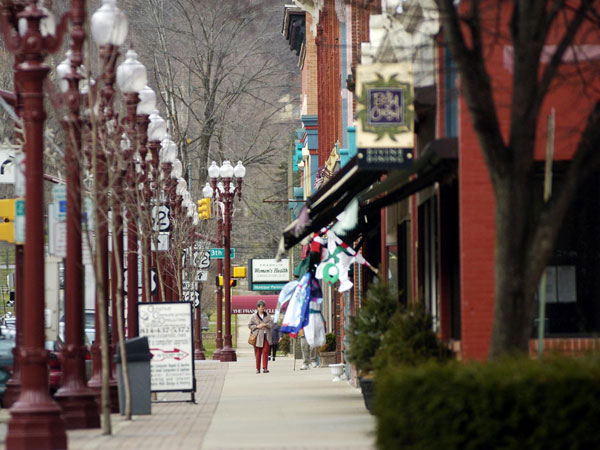 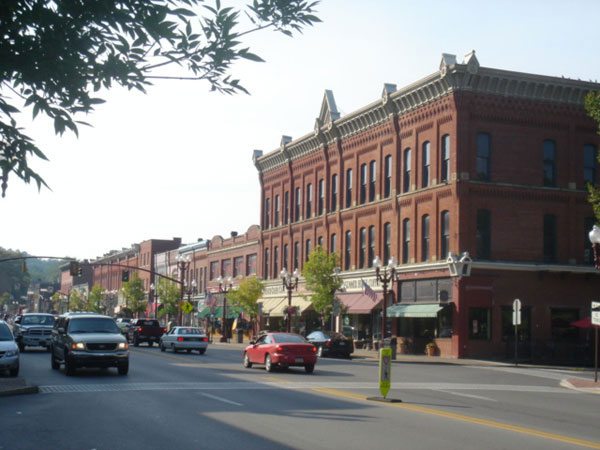 With no empty lots, Liberty Street features unbroken rows of historic buildings forming the backbone of Franklin's commercial district. Residents have played a major role in the preservation of Liberty Street's historic storefronts. Photo courtesy of the City of Franklin.