Despite doubling as a major U.S. highway and the epicenter of commerce and entertainment in historic Middleburg, Virginia, Washington Street successfully balances through-traffic and pedestrians while holding onto its 18th century character. 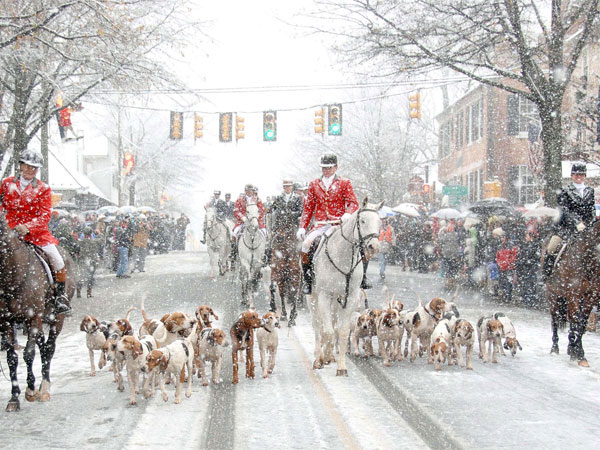 Despite doubling as a major U.S. highway and the epicenter of commerce and entertainment in historic Middleburg, Virginia, Washington Street successfully balances through-traffic and pedestrians while holding onto its 18th century character.

Responding to a state proposal to widen 20 miles of U.S. 50 to a four-lane highway and construct a bypass around Middleburg, citizens organized the Route 50 Corridor Coalition in 1995. Concerned about the adverse economic impacts of rerouting traffic away from Washington Street, the coalition proposed and eventually obtained approval for an alternative — a comprehensive traffic-calming plan designed to increase pedestrian safety and invite through-traffic to linger, not speed, through town.

A casual stroll down Washington Street still evokes a pleasant feeling of stepping back in time. Much of the streetscape and its architecture remained as they were when the town was founded in 1787. One of two main streets in Leven Powell's original town plan, Washington Street is lined with historic buildings – some listed in the National Register of Historic Places — containing shops and restaurants at street level and living quarters on the upper floors.

Washington Street also reflects the local equine culture in the heart of the Virginia Piedmont horse-and-hunt country. Each December thousands of spectators line the street to watch the annual "Christmas in Middleburg" parade where a "huntmaster" on horseback and dressed in a red jacket leads a procession of fox hounds and riders, also clad in traditional hunting attire, through the center of town. 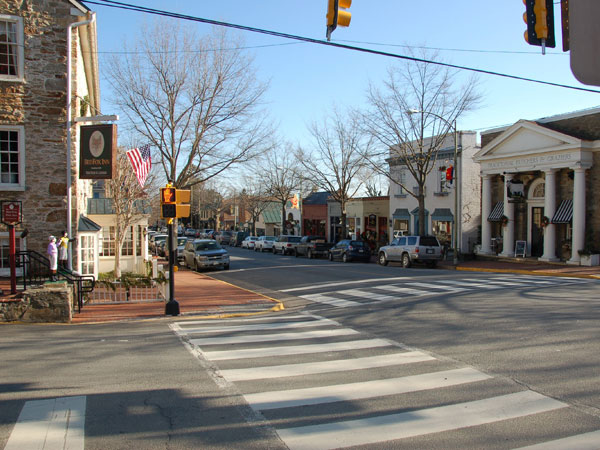 Although it doubles as US Route 50, Washington Street features traffic-lights, well-defined crosswalks and parallel parking. These traffic-calming techniques have helped sustain businesses along Washington Street, such as Middleburg's most famous and historic landmark, the Red Fox Inn (seen on the left). Photo courtesy of Cindy Pearson. 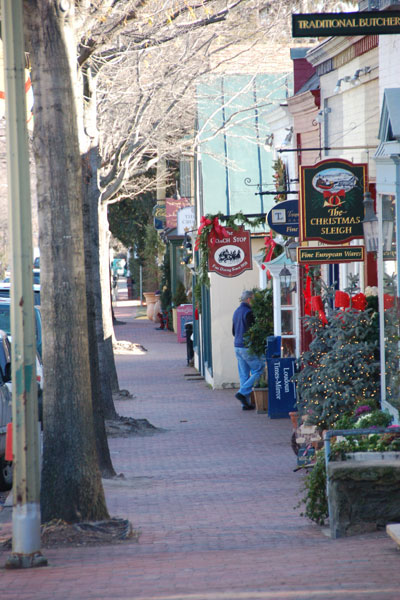