Known as much for its scenery and attractiveness for walking, jogging, and biking as its dignified historic neighborhoods, Wydown Boulevard serves both public and private users equally well.

The entire 1.6-mile length of the street, from Skinker Boulevard at the east end to Hanley Road at the west end. 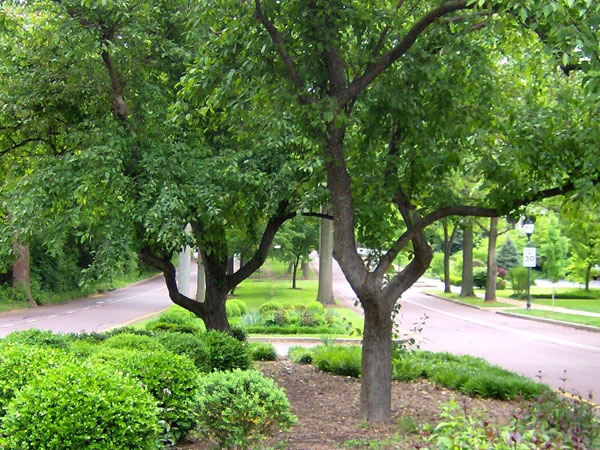 Originally a streetcar right-of-way, Wydown's wide and verdant median spans the length of the boulevard and serves as a popular walking route. Photo courtesy of Elizabeth Simons.

Known as much for its scenery and attractiveness for walking, jogging, and biking as its dignified historic neighborhoods, Wydown Boulevard serves both public and private users equally well.

The street's origins date back to the early 1900s when wealthy St. Louis businessmen sought to escape urban congestion. Four subdivisions were built along the street that reflected the garden city concepts and sensitivity to the natural environment advocated by Henry Wright, Lewis Mumford, and the Regional Planning Association of America.

The gentle curves of Wydown Boulevard are lined with more than 100 architecturally prominent single-family houses. The residences, in turn, form a visually harmonious backdrop to the Gothic buildings of Washington University. Moorlands Addition, a historic apartment district bordering the avenue's western-most block, offers multi-family housing. Remnants from the boulevard's history as a streetcar line and host of the 1904 World's Fair are also evident.

The wide and verdant median, defined by its lush tree canopy and footpath, acts as an extension of Forest Park, the eastern terminus of the boulevard. Wydown Boulevard's reputation as a safe right-of-way attracts pedestrians of all sorts throughout the day and evening, from elementary, middle school, and college students to residents, joggers, and bicyclists. 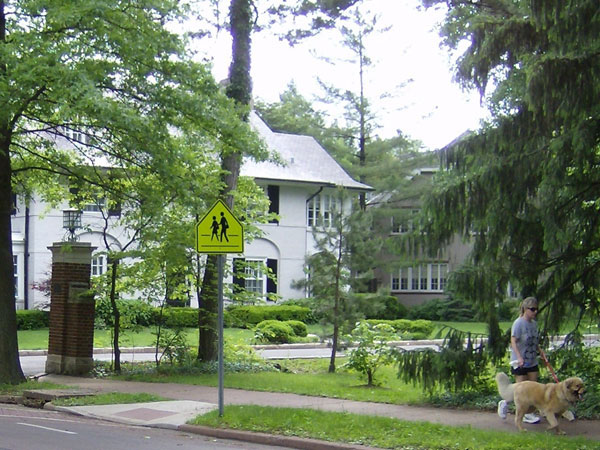 Wydown Boulevard is characterized by large, single-family homes. Its esteemed neighborhoods exhibit ideas espoused by the Regional Planning Association of America in the early 1900's and advocated sensitivity to the natural landscape. Photo courtesy of Elizabeth Simons. 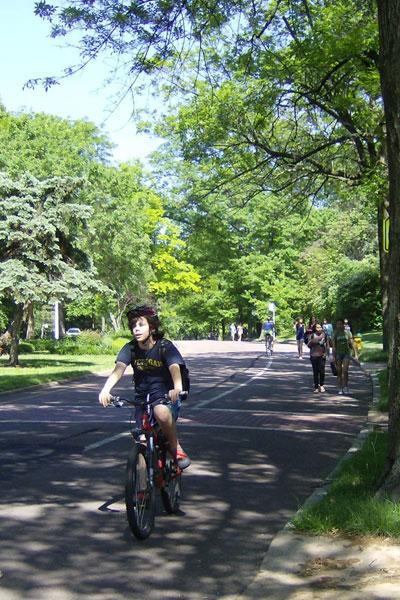