Front Street packs in everything that makes Lahaina, Lahaina: wooden storefronts, second-story balconies, public parks, art galleries, eateries, residential quarters, whale-watching tourists, children scurrying to and from school, elderly couples taking early-morning walks, bicycles and vehicles sharing the road, divine views of the majestic West Maui Mountains, Lahaina Harbor and island of Lanai, and an archeological site dating to the year 700. Major transformations have taken place since the mid-19th Century when Lahaina was a major port of call for whaling ships that resupplied here — and Front Street was lined with raucous taverns filled with sailors on shore leave. 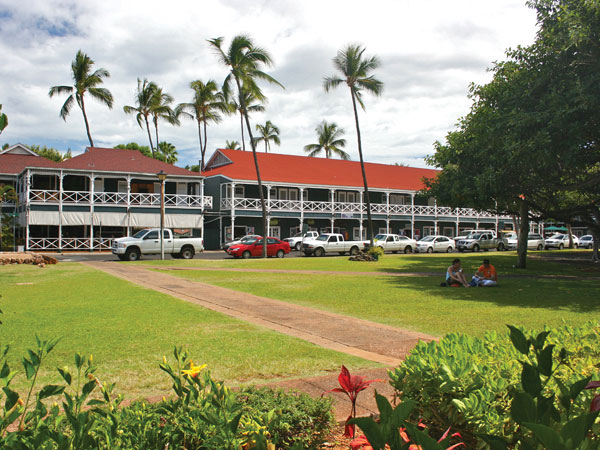 The Pioneer Inn (1901; corner of Front and Hotel Streets) as seen from Banyan Tree Park, home to the largest Banyan tree in the U.S. Five parks border Front Street, adding to the mix of activity along the street. Photo Lahaina Restoration Foundation.

In 1997, for example, the street underwent a major $11 million facelift that included widening sidewalks and burying most electric utility lines.

Today the street presents two characters to the world, one steeped in history and the other in tourism. Through the use of locally and federally recognized historic districts, architectural style and design guidelines, ongoing maintenance, and the efforts of citizen and business organizations, Front Street displays its historic character while accommodating a steady stream of tourists arriving throughout the year by cruise ships and airlines.

Lahaina is often referred to as the "jewel in the crown of Maui." Front Street contributes much to the town's favorable reputation, including scenic ocean and mountain views, historic architecture, a vibrant mix of retail shops, restaurants and other businesses, and the largest Banyan tree in the U.S. 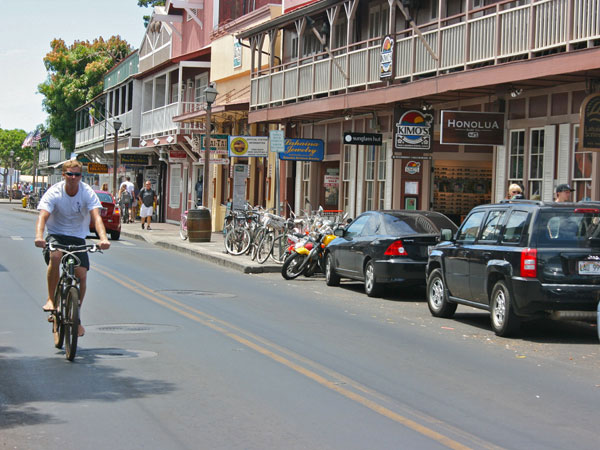 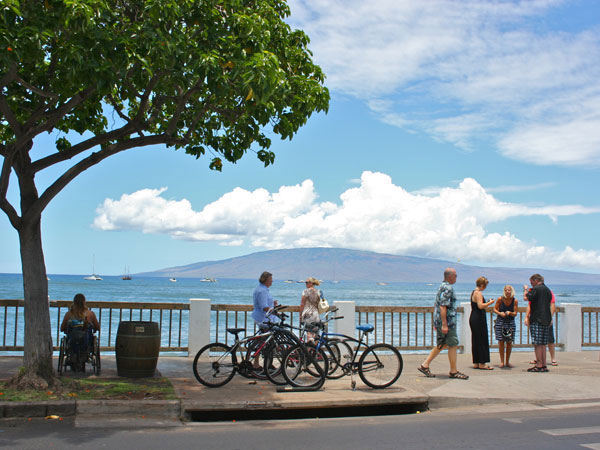