Laid out in 1805 by Gideon Putnam, an entrepreneur and founder of Saratoga Springs, today you'll find Broadway home to the city's finest examples of Gilded Age opulence, meticulously restored buildings from the 19th century that display High Victorian, Beaux-Arts, and Richardson Romanesque architectural styles. Congress Park, a National Historic Landmark located at the southern end of the Broadway Historic District, was developed in 1826 and redesigned in 1875 by Frederick Law Olmsted. It is home to The Spencer Trask Memorial "Spirit of Life," designed by Daniel Chester French and Henry Bacon, collaborators on the Lincoln Memorial in Washington, D.C. 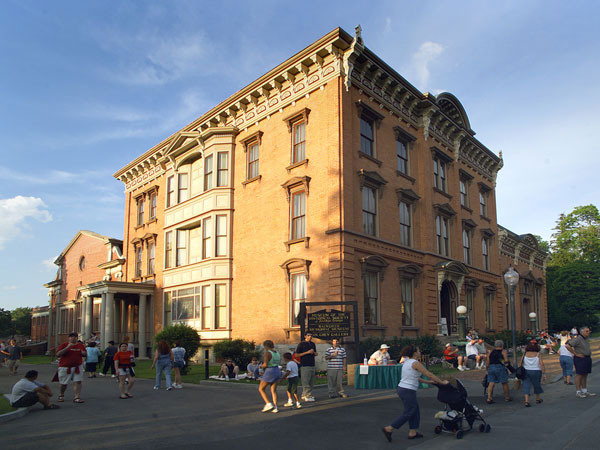 In the 1960s and early '70s, Broadway's storefronts were vacant. Then community members took action and formed The Plan of Action committee in 1973, resulting in the vibrant street of today. Photo courtesy Stockstudiophotography.com.

Today it provides well-utilized public space for residents and visitors alike and a popular destination for art shows, cooking competitions, and architectural tours that take place along Broadway throughout the year.

The beauty of today wasn't there during the 1960s and early '70s, however, when 22 of Broadway's storefronts stood vacant after years of economic decline. In response, residents organized the Plan of Action Committee in 1973 to begin the long process of restoring Broadway to its former glory.

Committee members and residents participated in design meetings, planted trees, and became champions for the street simply by their presence. One of their first major accomplishments was getting the Broadway Historic District added to the National Register of Historic Places in 1979. Another was creation of the Aesthetic Zoning Board in 1968, later renamed the Design Review Commission, in order to maintain the street's historic architectural facades.

Among the restorations were the late 19th century Adelphi Hotel and the Collamer Building. New construction involved the 1984 City Center, which was originally designed and recently expanded to complement the historic character of the street.

Successive comprehensive plan updates in 1999 and 2001, and the subsequent adoption of "Transect" zoning in 2003, provide further focus on encouraging necessary and complementary economic activity while promoting a safe and efficient public realm. Although Broadway is a state and federal highway, the city has most recently adopted a Complete Streets policy for Broadway to ensure it safely accommodates not only motorists, but also pedestrians and bicyclists. 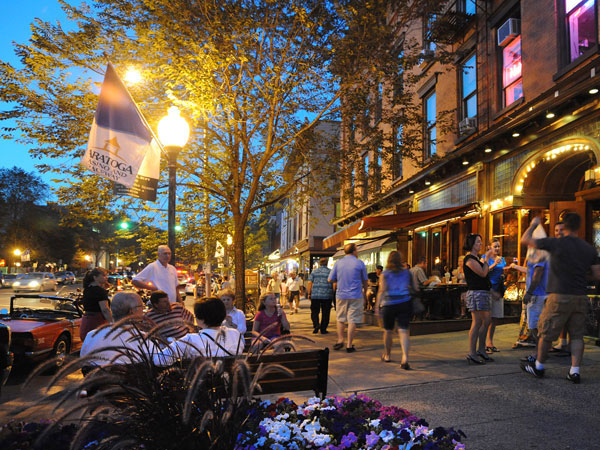 The Aesthetic Review Board, created in 1968 maintains the historic character of the facades along Broadway, which feature sidewalk cafes for a sociable environment. Photo courtesy Stockstudiophotography.com. 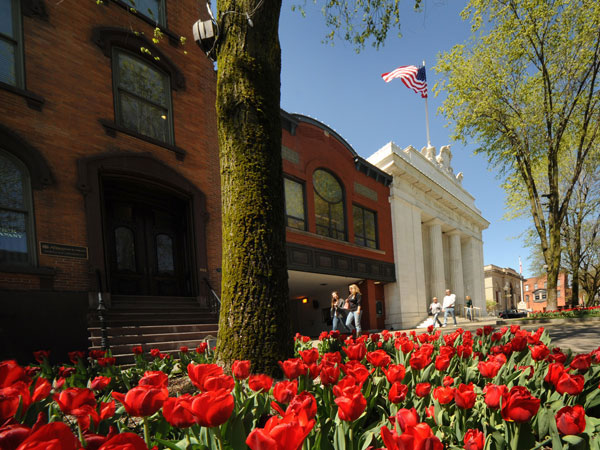