Early 20th century mansions, transit service to downtown Cleveland that dates back more than 100 years, acres of parkland, and a tree-lined median make Shaker Boulevard a street that combines the historic with the modern. Anchoring the boulevard toward the west is Shaker Square, a charming, octagonal-shaped commercial district within the Cleveland city limits. Intersecting Shaker Boulevard at North Moreland Boulevard, it was developed in 1927 by real estate and railroad magnates O.P. and M.J. Van Sweringen as a gateway to their new Shaker Heights suburb.

Six and three-quarter miles between Woodhill Road in Cleveland and I-271 in Beachwood. 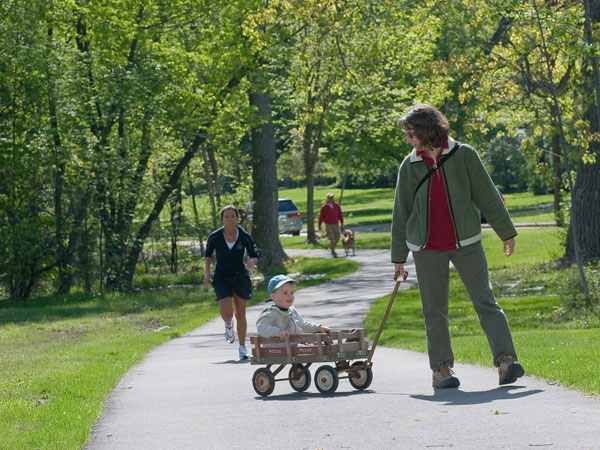 The Shaker Median Trail is ADA accessible. With its benches and mileage markers it is a favorite of residents who walk, bike, and enjoy the wildlife all year long. Courtesy City of Shaker Heights.

To attract wealthy Clevelanders, the Van Sweringens acquired the right-of-way from the New York, Chicago and St. Louis Railroad in order to provide efficient rail service to downtown Cleveland. They replaced the existing Cleveland Interurban trolley line in 1920 with their faster Shaker Heights Rapid Transit, which they ran along the unobstructed median.

Now used by the Greater Cleveland Regional Transit Authority's light rail trains, the median was kept intact largely because of resident opposition to high-rise buildings and other proposed development in the right-of-way. With its 14 transit stops, numerous churches and schools, multiple parks, and miles of trails, Shaker Boulevard remains proof of planning's lasting value. 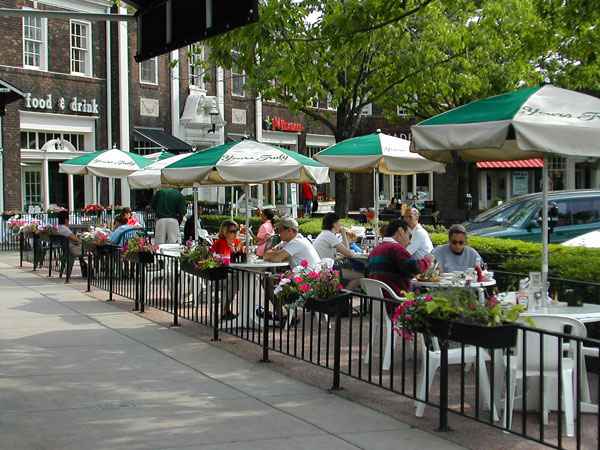 Shaker Square is the commercial and cultural center of Shaker Boulevard and serves as the gateway to the eastern portion of this magnificent parkway. Courtesy City of Shaker Heights. 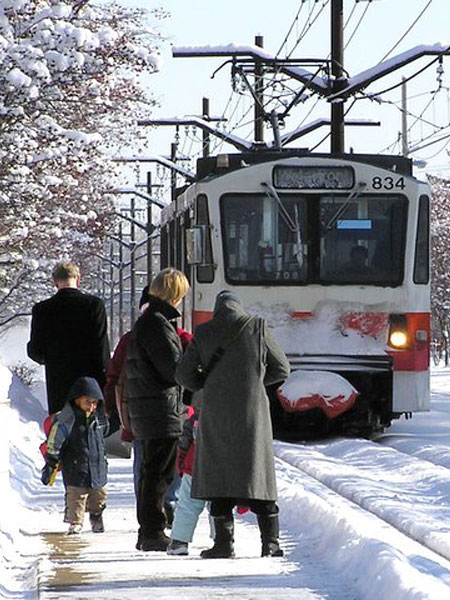 Stops every few blocks between Green Road and Shaker Square serve all neighborhoods in the northern half of the city. Courtesy City of Shaker Heights.