Among the handful of streets in the U.S. to shape and be shaped by 250 years of British, Spanish, and American influence is Palafox Street, the gateway to Pensacola, Florida, and the city's main stage for holiday and seasonal celebrations that draw up to 50,000 people at a time. 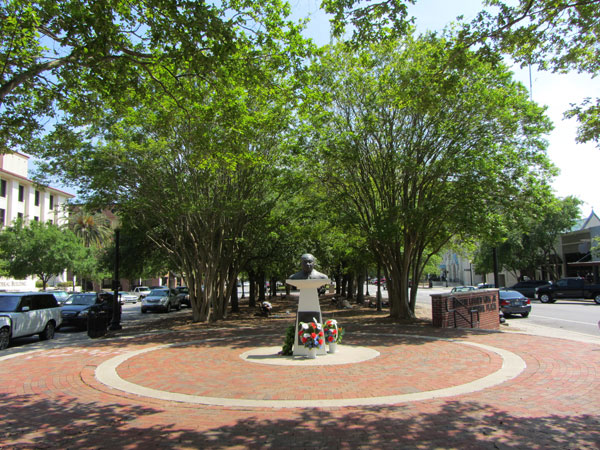 Martin Luther King Plaza is one of the many public spaces located on or near Palafox. Photo courtesy Cynthia Catellier.

Prompting creation of a preservation plan that would "help write many of the heretofore unknown details of Pensacola's colorful history," as a city advisory committee wrote in 1966, was the discovery in the early 1960s of colonial-era foundations along Palafox and elsewhere in Pensacola. To help implement the preservation plan, a historic preservation board with an architectural review committee was formed in 1967.

The city also established the Pensacola Downtown Improvement Board in 1972 to support and improve economic activity for businesses located along the street. The board, composed of five members who own businesses on Palafox or live in Pensacola, has helped with beautifying the street and enhancing building property values. Also to help draw more customers and improve the downtown business activity, Palafox was converted to two-way traffic in 2009.

Wide sidewalks, colorful Crepe Myrtle trees, and balconies extending from building facades protect pedestrians from the hot Florida sun and provide a comfortable distance from motor vehicles in the right-of-way. Two public spaces anchor the street: the Spanish-designed Plaza Ferdinand, which is on Palafox between Government and Zaragoza Streets, and the Martin Luther King Jr. Plaza. This plaza, located on Palafox where it intersects with Garden and Wright Streets, hosts one of the country's most celebrated weekly farmers markets.

The story of Palafox Street doesn't stop here. The city's 2010 comprehensive plan calls for extending the vibrant and pedestrian-friendly ambiance of Palafox along the street's southernmost blocks as well. By redeveloping the vacant lots and parking areas there, the vibrancy of Palafox will extend to the city's recently revitalized waterfront. 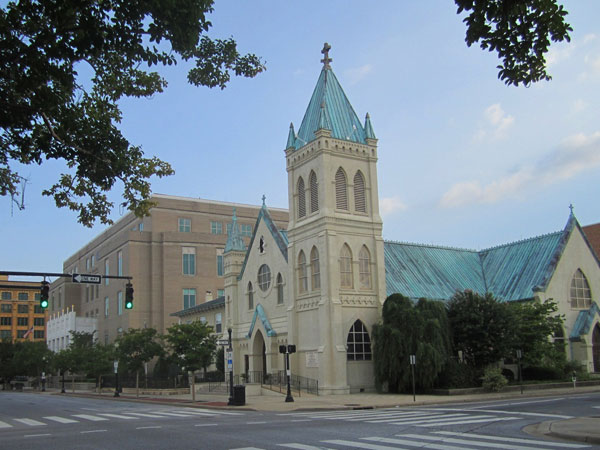 Established in 1781, the Basilica of St. Michael the Archangel has maintained a significant presence on Palafox for more than 230 years. Photo courtesy Cynthia Catellier. 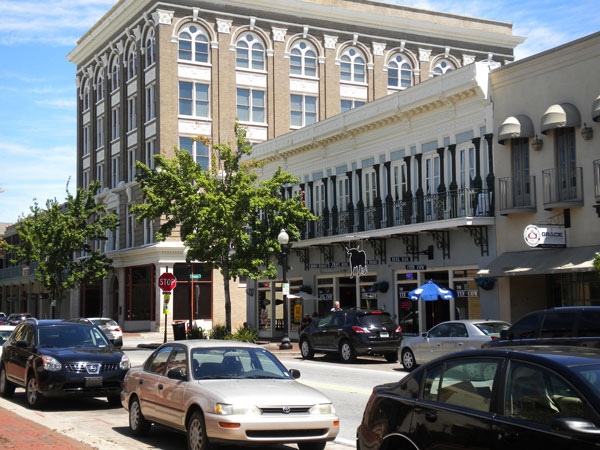