The Strand (Avenue B): Galveston, Texas

Called the "The Wall Street of the Southwest," The Strand was a highly popular location for major businesses throughout the 19th century, attracting banks, wholesalers, commercial merchants, cotton brokers, newspapers, and attorneys. The buildings, designed by Galveston's leading architects, are exquisite examples of Victorian architecture and represent one of the country's largest collections of cast iron historic commercial buildings. 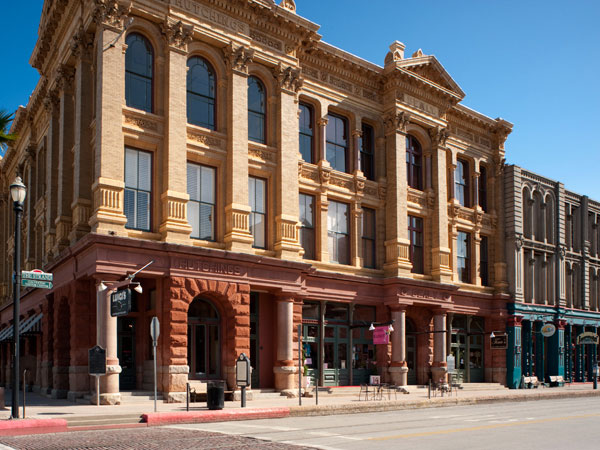 Built in 1896, the Hutchings Sealy building is one of the earliest examples of steel-framed construction in Texas. Photo courtesy Robert Mhovil.

Despite yellow fever, civil war, economic decline, and disastrous hurricanes, Galveston, Texas, residents and leaders have persevered and used misfortune as an opportunity for historic preservation, rebuilding, and new development along The Strand.

The Strand's booming economy — generating some $38 million (today's dollars) in merchandise and services in 1881 — came to an abrupt and tragic end with the Great Hurricane of 1900 that killed 6,000 on Galveston Island. The buildings were heavily damaged, but intact and were used immediately after the storm for meeting places and morgues. After a brief period of mourning, residents demonstrated their resolve and began to rebuild.

"The Galveston Central Business District: A Comprehensive Plan Report," completed in July 1964, provided a blueprint for The Strand's next period of growth and development. Followed by an action plan in 1975, the result was a decades-long period of public- and privately funded revitalization and reinvestment along the street. Leading that effort were the Galveston Historical Foundation and philanthropists George and Cynthia Mitchell.

The Strand's return from its most recent devastating loss, caused by Hurricane Ike in 2008, involved community leaders, residents, and planners mapping out strategies and a rehabilitation plan using some $500 million in state and federal recovery funds. During the past five years, The Strand has once more shown its resilience with the iconic facades of the avenue's historic buildings repaired and the street's restaurants, museums, specialty stores, and other businesses on the rebound. 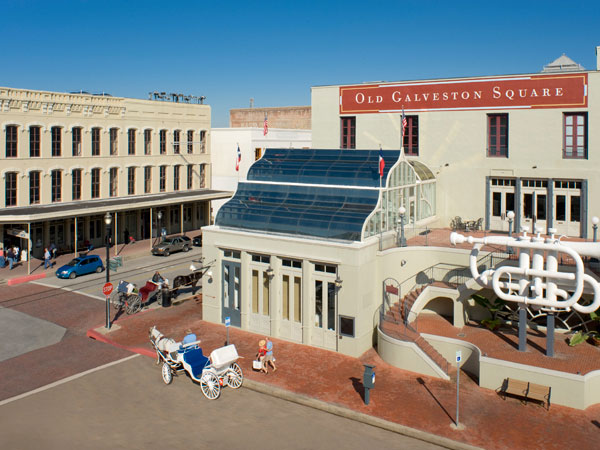 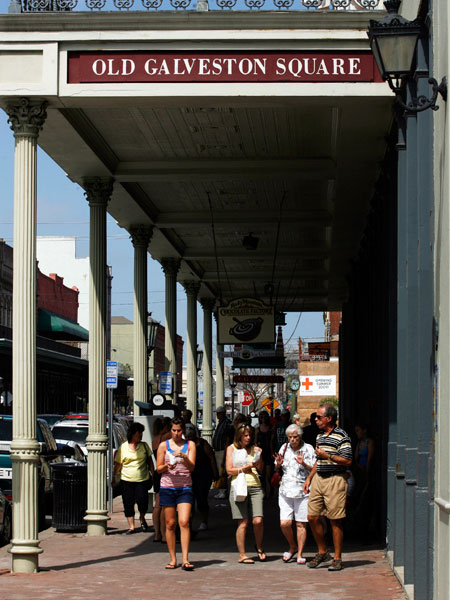 Street life under one of the many detailed wood awnings along The Strand. Photo courtesy MBP Corp.